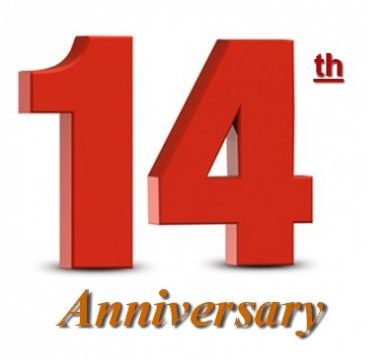 today my blog is 14 years old, so i have to write something. it's sort of an (obligatory post during anniversary… although i realsied that previous years, i missed out to make a post during the 6th and 11th anniversary. (aww!).

anyway i have been 'dead' for 2 years actually as my last post was in 2015, not including the 13th anniversary post dated in 2016.

well now no time to blog when i am face-booking more. however i feel that a blog is better when i have lots to say. well, when i made my anniversary post last year, i did say i will try to startt blogging… but i didn't get down to it. at all. then, something life changing happened – my mother was down with stroke in may this year. she was in and out of the hospital for four times! presently she is at a nursing home and i visit her everday. so now it seems all the more, no time for me to blog.

never mind, altough i have no time to blog, i am still keeping my blog. lots of memories here. only thing i regret is that the many photos i uploaded here (photo gallery i mean), which were on a previous hosting, were all gone. what a pity. i am glad though the main page of how, why and what  (intro to why i blog) and i am who i am  (abiout myself) are still there.  oh and also my poems!  (all these are found right on top of my blog anyway.) yes i wrote poems during those days, and especially sent them to the 'malaysian post'(defunct already. used to be 'new thrill'), which all got published.

(NOTE:  looks like something's not right with my blog. some links when you click, it is not working but if you click a second time, it will work.)

the main highlight of my blogging years were (guess i did mentioned them also in my other anniversary posts) no. 1, my blog being mentioned in the strait times, singapore (about the great 2004 aceh tsunami relief work i was inovled in) and in the malay mail.(something political). the other one was being interviewed for clove magazine, an off-shoot of the star paper. at that time also, when my blog was very socio-political, the international global voices online, once in a while will picked up my blog.

ok i will not say more since it is going to be midnight soon, meaning past my anniversary date. just as usual, all the anniversary posts links here.