You are here: Home › general › 9th anniversary of my blog 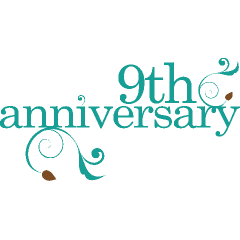 today is my blog's 9th anniversary. yes, believe it or not, i had been blogging for 9 years… or rather i would say i started blogging 9 years ago because for past 2 years i had slowed down on blogging very much… and this year is worst… very slow down! one of the reason is i'm having problem with my blog setup. beginning this year, i had changed host and thought i should then pick up blogging but again i slacked and did not blog regularly.

one of this reason for not blogging regularly is because now i'm stuck to facebook instead! i post on facebook short comments about political news and current issues… just like what i would do in blogging. oh, i had also been busy writing for CJMY under malaysiakini.  i think i should give some serious thought to start blogging regularly… but i want to change design first and find it troublesome to do it. heh. had been saying that since 2 years ago! should really get down to it. partly no interest and partly no time and mostly i'm a bit clueless how to do it… when i do and encountered problems, i give up fast and easily.

hmm… maybe i seriously start blogging next year – since it will be consider a decade of blogging. lol. procrastination again… always finding a reason to procrastinate!