You are here: Home › Double standard › let us pray… then let us get angry! 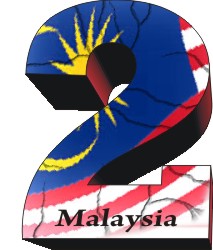 *sigh* it's one of these 'after friday prayers' protest again, which i had talked about so much…. and this time it is during ramadhan month too. after they PRAY, PRAY, they come out ANGRY and SHOUTING…. so what were they doing praying inside the mosque then? this time it involved a senator too! and i wonder why the senator pray every firday in a mosque when he doesn't understand what is the meaning of jihad.

1.  illegal protest. why were the illegal protest allowed? yes i know, it is inside the mosque compound… but there had been many times the opposition hold protests or ceramah or just dinner inside a private building, there were special branch spying around and police had known to stop them.

2.  why wasn't ezam hauled up for his threats to burn down two buildings?

3.  why wasn't ezam and all other involved in the protest hauled up for being seditious by threatening to go to WAR with the other religions?

Umno Senator Mohd Ezam Mohd Nor said today he will wage war in defence of Islam, including burning two online news portals, which he claimed to be agents against Islam.

"We are saying here that we will launch an all-out war to defend our faith if they (anti-Islam elements) do not stop (and) use their agents – Malaysiakini and Malaysian Insider – which were biadap (rude) towards the Selangor Islamic Affairs Department (Jais).

"Malaysiakini, Malaysian Insider, we are giving you a very last warning. Our warning is a serious one. If you do not stop this rubbish, we are going to burn you down!" Ezam (left) declared.

Ezam issued his threats at a highly-charged rally of some 200 people inside the compound of the Selangor state mosque in Shah Alam.

“I see representatives from Malaysiakini and Malaysian Insider here, I would like to tell them, particularly Muslims, to repent.

"You are being barua (running dogs) of propagandist and enemy of Islam. Don't be running dogs of kafirs (infidels) that go against us,” he said.

The group, armed with banners, chanted “Long Live Islam” and “Takbir” as they protested against apostasy among Muslims.

Several of the protesters donned masks of state exco leaders while displaying placards, one of which read “(Selangor Menteri Besar) Khalid Ibrahim is head priest”.

Earlier, Ezam launched a broadside against those he deemed disrespectful of Islam, in which he placed prominent figures in the Selangor state government in the same group.

Later, Zulkifli reaffirmed his support for the Jais raid on DUMC, claiming that there was evidence that showed the dinner event, at which 12 Muslims were present, was intended to proselytise.

“We urge the authorities to take action against DUMC. According to our information, the church is illegal and has not been approved,” he said.

Zulkifli added that he and like-minded protesters would be lodging police reports against DUMC throughout the state from tomorrow onwards, on top of seeking an audience with the sultan to urge action be taken against proselytising.