You are here: Home › islam › thanks to the penang fatwa council 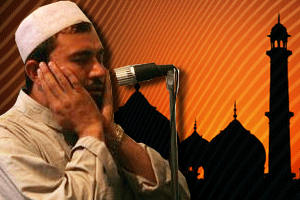 …. for its wise decision to prohibit the use of loudspeakers for quran prayers at dawn.

my apartment is just in front of a surau. when i first moved in, some days i will hear the dawn quran prayers but as times goes by, getting used to it, it didn't disturb me anymore (managed to sleep through it!). as the years moved on, i did notice though the prayers were getting not so loud. i think the surau had already gradually tone down the volume. thanks to them.

sometimes in the evening though, after the prayers (what's that evening prayer call – maghrib?), when there was a ceramah at the surau,  they used loudspeaker for the ceramah! i can hear what was being said, though not entirely all – catch a few sentences now and then.  that was about 2 or 3 years ago… and again now i notice this practise had stop.  good for us…. and thanks to them.

the call for prayer is still loud though… but luckily that is only for a short while… and oh it is loud only because i'm just opposite the surau! i'm not complaining of course as i know this is what they have to do. i respect their religion… what t

hey have to do, so i hope the feeling is mutual.

anyway, here are two articles from malaysiakini regarding this issue.

PAS Youth today declared its support for Penang Fatwa Council's decision to prohibit the use of loudspeakers for the recital of the Quran before dawn prayers.

Speaking to reporters in Shah Alam today, PAS Youth chief Nasrudin Hassan said that this prohibition is in line with the teachings of Prophet Muhammad.

“We feel this is a correct move as the prophet had prohibited his followers from reciting their prayers in a manner which disturbs others in performing their worship.

“The reading of the Quranic verses using loudspeaker is done at 4am or 4.30am and this could the disturb the sleep of young children, or individuals who are praying in their own homes,” he said.

He added that the prohibition is not for the call of prayer and many do not realise that they could be disturbing others.

“This is the beauty of Islam. Most don't realise (it is wrong) as they feel that (reading the Quran using loudspeakers) is an act of worship (beribadat),” he said.

However, he noted, the use of loudspeakers for the recital of Quranic verses at indoor events is not a problem so long as participants consent to it.

The Penang Fatwa Council's decision has also found support from Perlis mufti Juanda Jaya who said that Perlis has for several years now observed this practice.

Berita Harian, however, reported that the National Fatwa Council said that the state fatwa council should have consulted muftis from other states before making such a decision.

Its chairperson Abdul Shukor Husin also told the Malay daily that there is no need for such a prohibition as mosques and suraus should be able to judge based on whether they are located in a Muslim-majority area or not.,

The practice of broadcasting readings of the Quran through mosque or surau loudspeakers at dawn goes against the teachings of Prophet Muhammad, said Perlis mufti Juanda Jaya.

“The practice of turning up the volume on the microphones before dawn goes against the Prophet's teachings, because it disturbs those who are still asleep.

“Such acts of disturbing others is forbidden and is a sin,” said the mufti in a SMS to Malaysiakini.

Juanda was commenting on a Berita Harian front-page story yesterday 'Ban on use of loudspeakers at dawn' on the Penang Islamic Affairs Department's (JHEAIPP) circular instructing all mosques and surau in the state to stop the practice with immediate effect.

The Perlis mufti said he agreed with the directive of the Penang Fatwa Council to forbid broadcasting Quran readings during the early hours of dawn.

“We support the directive and Perlis has long enforced the prohibition in our mosques and surau,” said Juanda.

He said the Perlis Fatwa Council chaired by the Tuanku Raja Muda Perlis had broached the matter as early as April 30, 2007.

“The microphone at the mosque is only used to amplify the azan (call to prayer) twice, that is the first azan 30 minutes before dawn and azan subuh at dawn,” he said.

“This practice is in accordance with the prophet's sunnah that ought to be observed by all Muslims who respect the authentic teachings of Prophet Muhammad.

“Those who differ on this matter are ignorant of the laws and role of the mosque in Islam,” he said.

Commenting on the same matter, the Minister in the Prime Minister's Office Jamil Khir Baharom was quoted by Bernama saying he respects the Penang authority's decision.

"We respect the decision because it is the result of the state fatwa committee meeting on April 7 and the circular on the ban was issued on Aug 3," he said in Kuala Lumpur yesterday.

Berita Harian yesterday reported the JHEAIPP's directive and their explanation that the practice of broadcasting Quran readings at dawn was against Islamic law (hukum syarak) and would disturb others inside as well as outside the mosque.

The department said prohibitions and evidence of this, citing a hadith by Abu Sa'id al-Khudri where the prophet issued such a prohibition:

“Listen ye who worship God, cause not disturbance to others. Do not raise your voice in reciting prayers, above that of the others."

The Malay daily also reported unhappiness with the directive, and elsewhere quoted National Fatwa Council chairperson Abdul Shukor Husin criticising the directive as it may affect the “unity of Muslims” in the country.

He said it did not need to be directed by the state fatwa council, but could be decided at the discretion of the individual mosques depending on location.

“Actually there is no need to issue a fatwa – a fatwa should be fair and wise, and should be studied whether there is such a need for it.

“Once it becomes a fatwa it could become an issue, and cause disunity amongst Muslims,” Berita Harian quoted Abdul Shukor saying.

'In line with Islam' 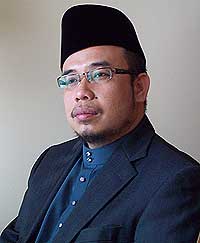 “I am most in agreement with the decision of the Penang Islamic authorities in issuing a directive that readings of the Quran should not be broadcast through loudspeakers, such as what is happening in many mosques before prayer times,” said the outspoken Asri in a statement this evening.

“The fatwa or directive, in my view, is in line with the dictates of Islamic law.”

Asri explained that only the azan, that he said only took five minutes, was meant to be amplified.

“There is no text that tells us to amplify our voices (in prayer) until it disturbs others. What more, this is forbidden by the Prophet,” he said, adding that taking care not to disturb others was the Islamic way.

“We cannot force others to listen to our prayers,” he added, pointing out there were Muslims who may choose to pray on their own at their own pace, as well as those who were asleep or children, pregnant women and those who were ill, in addition to non-Muslims.

The former mufti said the present practices confused non-Muslims as to what really constituted the azan, and as a result, caused misunderstanding.

Citing the same hadith, that he had discusses at great length on his blog and in a letter this January, Asri explained at length what the Prophet had recommended on this matter, in particular reminding practitioners to be mindful about disturbing others.

“Abiding by this matter is not a political issue, but merely following the directives of the Prophet as well as preserving Islam that is always harmonious.

“Muslims in Penang should support this decision,”he said.