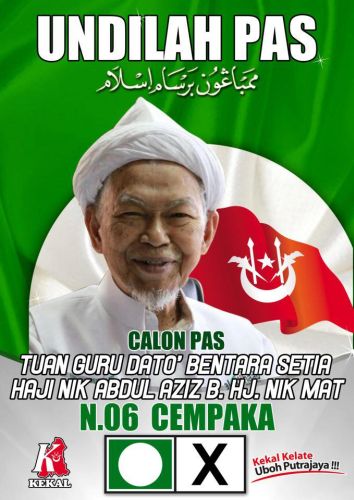 barisan nasional (BN) had been going all out to frighten non muslim not to vote or to support PAS because PAS will impose islamic state lah, syariah law lah, hudud lah, this and that lah… but that's just it – frighten… BN just want to frighten you. you have no reason to fear PAS at all.

only criminals will fear hudud! if you are not a criminal, why then fear hudud? anyway, here is a good post from a blogger friend about hudud.

i will reproduce here two articles that tell you, you don't have to fear PAS and hudud. read them and i hope you'll share them to others, especially the old chinese aunties and uncles who still fear PAS.

SHOULD non-Muslim Malaysians be afraid of PAS?

The people who are most suspicious of and averse towards PAS are the Christians. Not all are like that, however; for instance, I know Christians who voted for PAS in the 2008 general election, including a pastor in Kedah. A Catholic friend in Penang says she and her church members fully support PAS. And many among the flock of the Church of the Divine Mercy in Shah Alam, who gave PAS MP Khalid Samad a standing ovation when he visited it in 2008, must have voted for him.

But on the other hand, I have also come across Christians who are educated, middle-class and very sensible, but who are so scared of PAS that their fear seems irrational.

The religious aspect is of course of utmost concern to them. They are scared that if PAS came into power, it might establish an Islamic state, and that would seriously affect Christian worship. Considering that the Christians have become a beleaguered lot over the last 20 years because of increasing restrictions being placed on them by the Government, their worry about facing worse circumstances may be understandable. 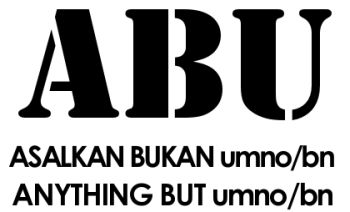 For example, getting a permit to build a church, which is probably the most basic of their concerns, now takes an inordinate amount of time. The Catholics of Shah Alam had to wait 14 years before the then BN Selangor State Government allowed them to build their church. Christian groups wanting to circumvent this problem have resorted to registering themselves as non-religious organisations.

New churches are now expected not to look like churches. Some of them look like factories, especially the St Ignatius Church in Petaling Jaya, which reportedly was prohibited from putting a cross on top of its building. Furthermore, many churches are now located in shophouses because getting religious land for the building of churches is next to impossible.

On top of that, from time to time, some BN MP would kick up a fuss in Parliament or elsewhere about crosses existing on the facades of missionary schools and agitate to have them all removed.

Would all this get worse if PAS came to rule the country?

First of all, it is unlikely that PAS can do that on its own. It now has 23 seats in Parliament. It must win 112 of the total 222 seats to gain a simple majority and become the ruling party. That would amount to a huge quantum leap.

But even if that near-impossible event did become a reality, and PAS wanted to turn Malaysia into an Islamic state, it would still need to get enough support to amend the Federal Constitution for that purpose. It would need a two-thirds majority to pass the Bill, i.e. 148 votes. Where would it get the extra 36 to add to its 112?

It may then be argued that if Pakatan Rakyat (PR) got elected to form the government, PAS would be part of it. That is true. But if it still insisted on going ahead with its Islamic state agenda, it would need the support of its coalition partners to vote for the Bill. Given that its partners are PKR and the DAP, how many votes is it likely to garner from them? Enough to make two-thirds?

I reckon that even if BN, which would then be in the Opposition, relinquished the whip in the voting on the Bill, thereby allowing its MPs to vote according to their conscience rather than follow the party line, it would still be very unlikely that the two-thirds will be obtained.

Mathematically, then, the fearful Christians need not fear that PAS can impose an Islamic state. But for the sake of argument, even if it could and did, how much different would it be from what we’re in now? After all, Najib Razak has already declared Malaysia an Islamic state, which he did in July 2007. Since becoming Prime Minster, he hasn’t retracted that declaration.

Let’s have a look at PAS’ idea of an Islamic state. In its document on the establishment of such a state, it makes clear that Syariah law will hold sway but only Muslims will be subjected to it. Non-Muslims can choose to be subjected to it or to the current penal code of the land. In other words, there is no change for them.

It also guarantees “the rights and freedom of the individuals and the citizens of the state”, and among the rights protected are freedom of religion and right to cultural expressions; freedom of speech, political association and assembly; freedom to private ownership; freedom of education; freedom to engage in business; and so on.

It pledges to uphold parliamentary democracy as PAS has accepted democracy “as the best methodology” for realising its political struggle, and to take full cognisance of the reality and sensitivities of Malaysia’s multi-ethnic, multi-religious and multi-cultural make-up.

From the look of it, there is not much difference in principle from the current state. The one major difference in PAS’ idea of an Islamic state, however, is that Islam will be the basis of socio-political life and it will be implemented as a comprehensive way of life.

This may be the difference that the Christians would recoil from. Even if they stopped to consider that Islamic principles are rather similar to those of Christian ones, especially in relation to the concepts of justice, equality, humanity, and that these principles are, in fact, consistent with the guarantee of religious freedom, they will not be comfortable with the setting-up of an Islamic state.

I am not a Christian myself but I do not want an Islamic state either. Neither do I want a Christian state or a Buddhist state or whatever-religion state. And that’s simply because I am strongly in favour of Malaysia being a secular state.

MCA president Chua Soi Lek recently came out to say that if PR wins the next general election, the prime minister might be from PAS. He was of course capitalising on the non-Muslims’ fear and distrust of PAS. But even if what he said does materialise, the PAS prime minister would most likely behave accordingly. The PAS politicians are not new to the game, and they are pragmatists too. They will rise to the occasion. And that occasion is recognising the realpolitik.

Malaysia is a diverse society and its major interest groups have to be pacified. The PAS prime minister would not be so naïve as to jeopardise his position by alienating them. The lessons of March 8, 2008, have been properly learnt.

Furthermore, can a PAS prime minister be that awful an option? Not if he is the likes of Nik Aziz or Nizar Jamaluddin. Both are held in high regard even by non-Muslims. Nizar even came to be adored by non-Muslim Perakians in just the short time he was their Menteri Besar. It is true that when he was named MB, there was initial apprehension among non-Muslims, but when they saw his subsequent performance, they became full of admiration for him.

Of course, it may be argued that neither of them will become PM, anyway, and in all likelihood the position would fall to Abdul Hadi Awang. He, too, is an old hand. He would know that as PM, he would not be able to behave as he would as PAS president. His constituency would be radically different, and he would have to juggle the needs of a whole spectrum of groups – ethnic, religious, cultural, etc – and keep them satisfied. He would have to sustain their support for him. Otherwise, the outcome at the following general election would be disastrous not only for him but also for his party and coalition.

There would be things he could not do. Just as an example, it would be foolhardy (no pun intended) to ban alcohol. Not only would this anger non-Muslims who drink (and even some Muslims who do); the international community would leave in droves. Then how would Malaysia obtain foreign direct investment? Malaysia would be seen as a repressive and regressive state. How would it be competitive in this globalised world? 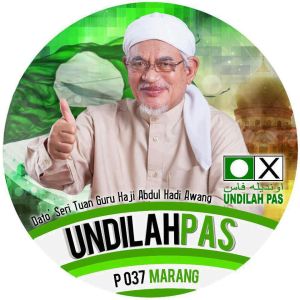 he rules of the political game are different now from those of the past. If Hadi were to take a hardline Muslim stance in his policies as PM, his partners in PKR and the DAP would not let him, not to mention those in Sabah and Sarawak.

Christians and non-Muslims who fear PAS need to therefore reassess their feelings. This is not a country that is homogeneous. There is a large non-Muslim population that cannot be ignored. They might also consider that PAS’ stand on the “Allah” issue has been consistent and in support of Christian usage of the word. Pit that against a BN government that is deadset on banning it by appealing against the High Court ruling that allowed it.

Personally, I believe that a religion-based party is anathema to the harmonious development of our diverse society because politicisation of religion can be divisive. But PAS is a political reality that cannot be wished away, and it has the potential, in partnership with PKR and the DAP, of unseating the incumbent government, which needs to be removed for the sake of real and positive change.

As such, when the time of reckoning comes at the next general election, some of us when faced with the option of having to vote for PAS or BN would have to exercise the option without the baggage of irrational fear. If we don’t set aside these fears, we might end up making the wrong choice.

He said this was because a two-thirds majority was needed to make amendments to the Constitution.

"DAP and PKR will not support, they (PAS) will not get the two-thirds majority but the people don't understand this.

"To set up an Islamic nation and to use hudud law, this is just bluffing, telling lies. People who lie, like to lie cannot form the government," he told reporters while on campaign rounds for the Barisan Nasional (BN) at the Padang Terap public field here today.

He said the opposition also did not qualify to administer the country because its leaders often had incongruent opinions.
"When (Prime Minister) Datuk Seri Najib (Tun Razak) speaks, all support, Chinese, Malays, Indian, Iban and Kadazan. But when one of their leader says something, the others object.

"They fight against each other, PKR contesting against PAS (in the 13th General Election), how to have cooperation, if they cannot cooperate how to form the federal government," he said.

On other matters, Dr Mahathir described the explosion incident at a BN rally in Nibong Tebal on Tuesday as not Malaysian culture.

In the 10.15pm incident, one security personnel was injured in his right leg after an improvised explosive device (IED) planted about 10 metres behind a stage there went off. 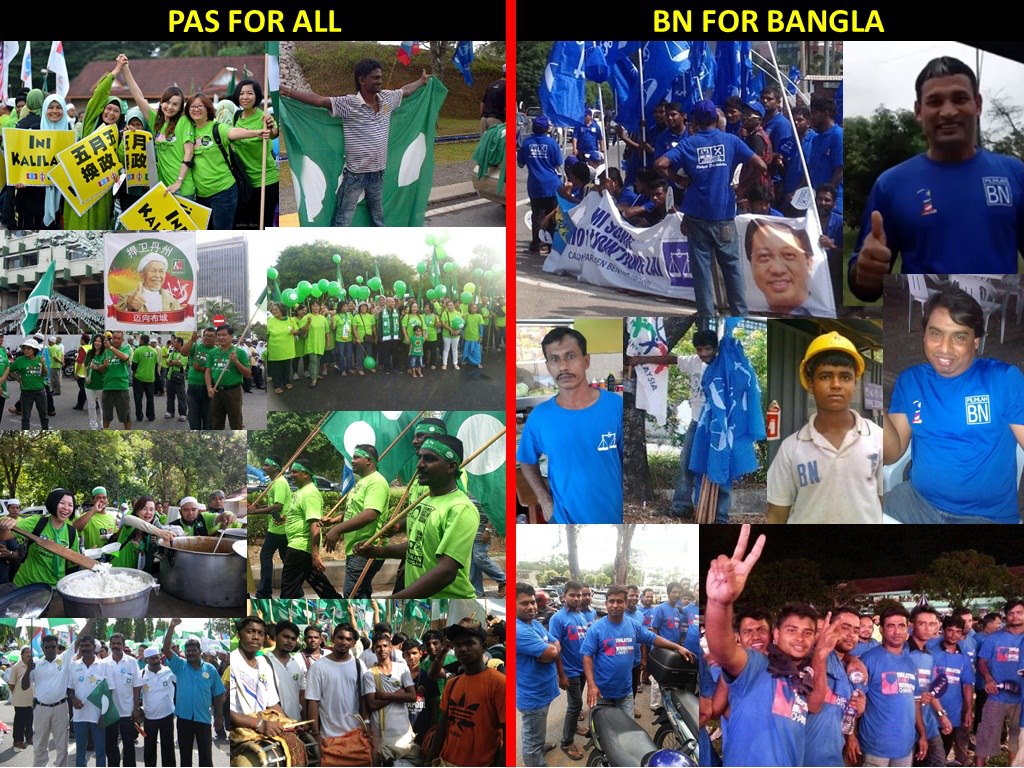