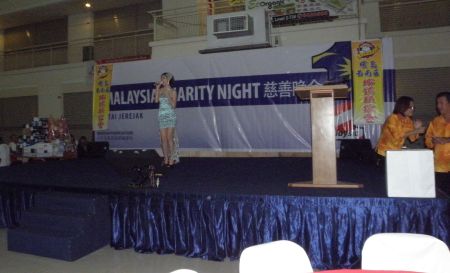 heard that now there is this car-stickers that says '1malaysia undi barisan nasional'. the car stickers are given free to motorist and if they stick it on their cars and get spotted, they will win cash prize as much as RM300.

then there is also this 'betting game' (bookie) going on. a bookie collect RM200 from you to bet that a DAP candidate will lose… and if he really lose when the result is out, you who placed the bet will get RM2000!!

these days, almost everywhere i went, the 'kopi tiam' talk i heard were about 'free food here and there'!! yep that's right, as the general election approach, we suddenly see the 1malaysia welfare club appearing… and what had they been doing? offering free food almost everyday at every town of penang! first i heard it was dinner only… then few days ago, suddenly heard they offered free breakfast too, especially to the residents of apartments.

yesterday morning while on board the bus from home to office, i heard two ladies talking about where to go for free food, what day, what time, etc. then in the aftternoon, while at lunch at the sri weld food court, i was sharing a table with 3 ladies… and guess what, i heard them talking about free dinner again!!

some of the dinners are chinese sit-down course dinner, some are buffet, either with caterers or they (1malaysia club) simply paid all hawkers in a food court (or gathered some where) a certain sum of money and let them prepared their food FREE to those who turned up. and they usually call this '1malaysia charity night'.

since i had heard so much of the dinner, when i got the opportunity to go for one, i jumped at it at once. i wanted to go and experience it for myself, not only hearing it from people or reading about it. my neighbour, who is a gerakan member managed to get the invitation card for the 1malaysia charity night dinner at d'piazza mall, penang held on 22 april. she invited my mum, sis and i (and some other neighbours to make up 10 persons).

wow! i'm lucky – it is a chinese 8 course sit-down dinner, not buffet dinner. i don't like buffet dinner as hate queuing up or pushing with other people (haha).

we were given a free 1malaysia  t-shirt and free 1malaysia apron before the dinner began. there was a lion dance at the main entrance to greet people!

then we were given a coupon to fill in our details for lucky draw. we had to fill in everything – name, address, tel. no. …. and IC no. we don't feel it is right to fill in our IC so my sis and i didn't put in our IC. later we learned that without IC, our draws will be disqualified. oh well… never mind. i notice something fishy about the coupon. why did it have the name of our constituencies on it? (state and parliament).

wow! good food, with free flowing carlsberg and guiness stout. my fav of all fav – PRAWNS!! – were in the menu. yummy!

winners for the lucky draw prizes had to wear the 1malaysia t-shirt before they can claim their prizes. most of them were not wearing the t-shirt, so when their names were called, only then they put on the 1malayisa t-shirt. i can see many holding the 1malayisa t-shirt as they approached the stage and before going up the stage, wear the t-shirt over the shirt/dress they had on. went up the stage to take their prize, then as they stepped down, took of the 1malaysia shirt!

well doesn't matter if they were late and missed out the t-shirts that were given out before dinner begins, as those without 1malayisa t-shirt but they won prizes, i notice the organiser on stage, just handed them a 1malayhsia t-shirt before they went up the stage. kind of look silly. don't you think so. …. *sigh*

well i had taken many photos and put them up at my facebook album. i had also sent some photos with a short write-up to CJMY. please go there (CJMY) and make some comments!

other dinners i heard they gave out angpow, either with cash or with lottery tickets… and some had goody bags.

then there is also this 'spot the winner' contest. the people are encourage to wear the 1malaysia tshirt or apron and if you are spotted, they will pay you RM500!  oh don't forget the 'sudden' donations they made to NGOs. oh what else? ahh yes, of course – concert with international stars!

whoaa! see how they are splashing money around just like the water flowing down nigeria waterfalls! this is reayy a BUY ELECTION time for BN! 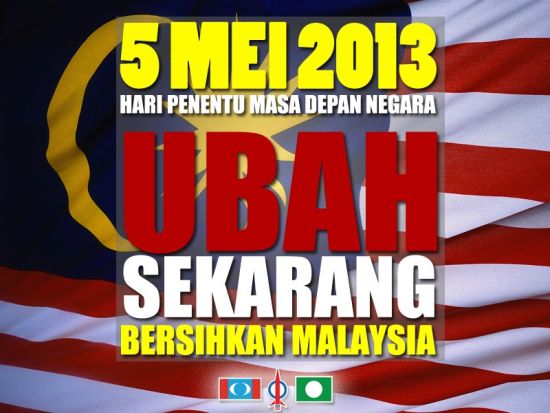