You are here: Home › general › please register to vote! 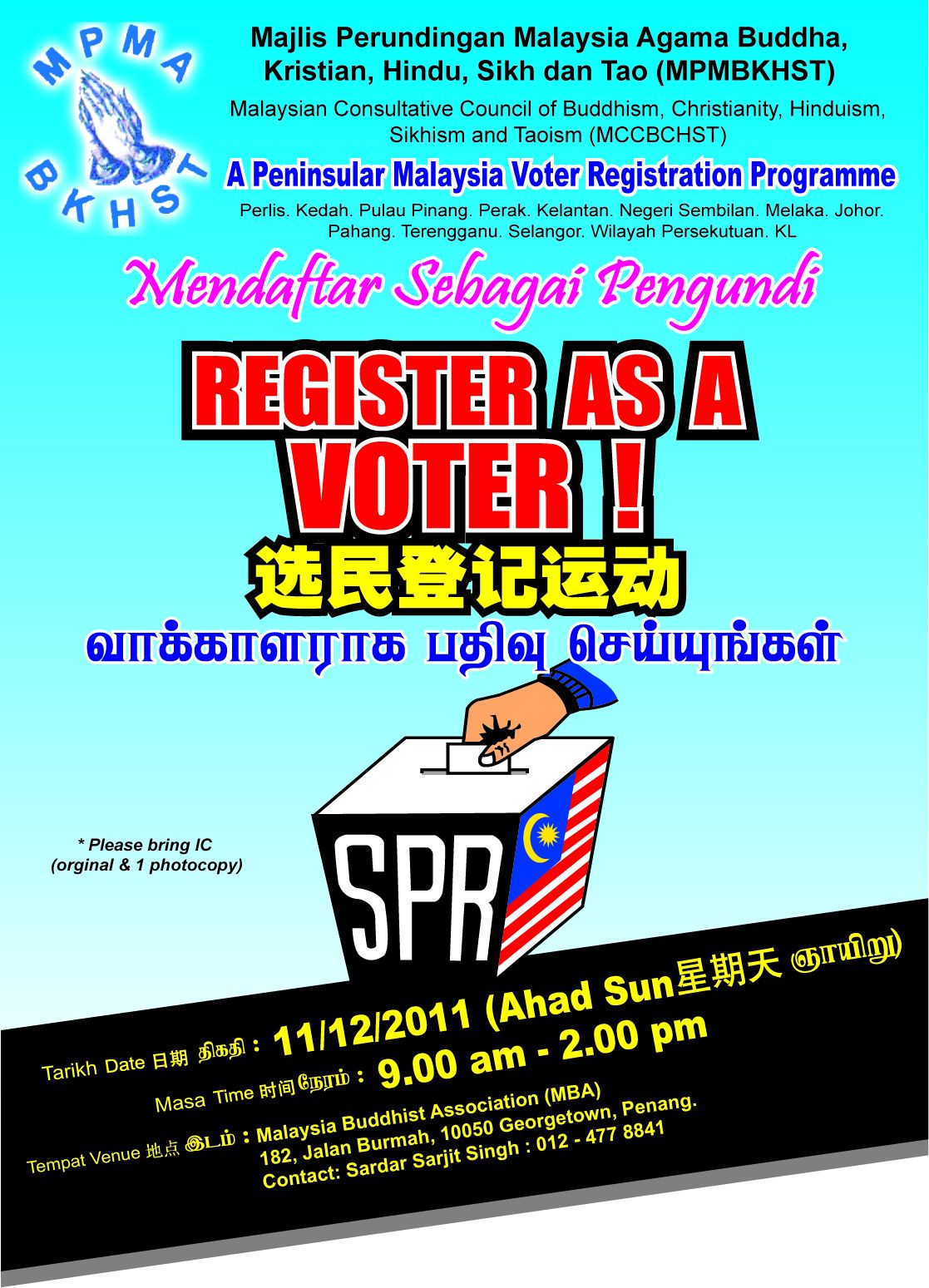 … it's your future and your children's future at stake! if you are not a voter yet, quick register at the following venues, a registration exercise organised by the malaysian consultative council of buddhism, cthristianity, hindusism, sikhism, taoism (MCCBCHST)

as i'm in penang, for sure i'll go to penang's venue… but not to register. i had already registered long time, the minute i was of age to register and never missed to vote. i'll be there (around 11am), hopefully to report for the 'union catholic asian news' (UCAN).  lately i had two articles published there, both about the peaceful assembly bill – one general comments and one is on the press statement  from MCCBCHST.