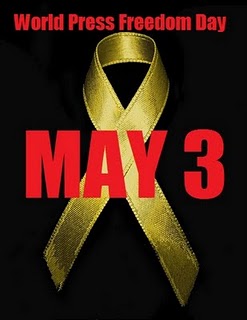 guess what? malaysia has been ranked 143 in the press freedom index. read about it in malaysiakini, CnP below.

i’m sure it is no surprise at all that malaysia ranked so low (though singapore lost to malaysia). so many people had been lamenting about no press freedom. well you will have the freedom, if you are working in utusan, especially if you write under the handle ‘awang selamat’.  this reminds me… just look at what happened to hata, who used to work in utusan. he was out-spoken and dare to speak out, and what did he get as a result? sacked! so no press freedom lah! then of course we had other instances of editors or reporters being sacked or being warned for something they wrote. there ‘also been instances of where the editors were told what not to publish or what to publish… or not to play up an incident (report).

as a stringer journalist for the herald and a citizen journalist, press freedom will affect me too.  who knows, sometimes, something i write, which i hope the editor will publish, it won’t get to be published, not because the editor don’t want to, but because of the editors have to tow the line, kow-tow to some big boss.

of course i understand that there is no absolute freedom, as one can’t simply said whatever one wants to. there has to be a noose to limit us on what we write.  however, in our country, the noose around press freedom is too tight!

Ranked 143 out of 196 countries in terms of press freedom, the Malaysian press remains ‘not free’ in the eyes of a global watchdog.

The findings were released by US-based Freedom House in its Freedom of the Press Survey 2011, in conjunction with World Press Freedom Day today.

Malaysia – with 64 points – shares the same spot as Madagascar and Angola in Africa.

Freedom House, located in Washington DC, found that global media freedom has reached a new low point, contributing to an environment in which only one in every six people lives in a country with a free press.

“In 2010, there were particularly worrisome trends in the Middle East and the Americas, while improvements were noted in sub-Saharan Africa,” it said in a statement.

Within Southeast Asia, the Philippines, Indonesia, Thailand and Cambodia are ranked above Malaysia.

The Philippines is ranked 93 with 46 points and Indonesia, 108 with 53 points, with both being classified ‘partly free’. The press in Thail

According to the survey, the top 10 countries are Finland, Norway, Sweden, Belgium, Iceland, Luxembourg, Andorra, Denmark, Switzerland, Liechtenstein, the Netherlands and Palau.

Among the 53 Commonwealth countries, those ranked below Malaysia include Cameroon, Sri Lanka, Gambia, and Swaziland.

China, the world’s most populous country, is ranked 184th.

The report places each country in one of three categories – free, partly free and not free. The lower the number of points, the higher a country ranks in terms of press freedom.