You are here: Home › CnP › penang (my penang!) – champion in investments! 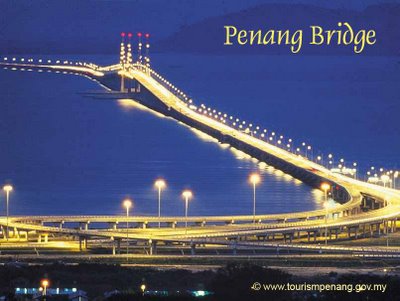 Speech by Lim Guan Eng whilst campaigning for the PAS candidate in the Tenang By-Election on 25th Jan 2011:

The 4 PR states of Penang, Selangor, Kedah & Kelantan have beat the other 10 BN states by attracting RM25 billion in investments comprising 53% of Malaysia’s total investments of RM47.2 billion in 2010. For the first time in history, Penang is now the new champion of investments in Malaysia, coming out top in 2010.

Despite the financial constraints & limitations imposed by BN, PR have shown our good governance. In Penang we have excelled by being praised by the Auditor-General Report for being the best financially managed state with record surpluses of RM88 million in 2008 & RM77 million in 2009. Penang became the first state govt in history to be commended by Transparency International for CAT(Competency, Accountability & Transparency) governance in establishing integrity in leadership.

We have wiped out hard-core poverty, the first state to do so in Malaysia. We are giving senior citizens RM100 every year & when they die, their beneficiaries a one-off RM1,000/-. All partially assisted schools of Chinese,Tamil & Sekolah Agama Rakyat are given a fixed sum of at least RM11.3 million every year. We are working towards a wifi state offered free of charge.

Penang is going green & leading in green practices such as “No Free Plastic Bag” campaigns & waste treatment through 3R of Reduce, Reuse Recycle. Penang enjoys the cheapest water rates in the country. Penang is also the Silicon Valley of Malaysia & selected as the most livable city in Malaysia on par with KL. We have done more in 3 years what BN fail to do in 51 years.

So who says that PR can not govern. We may not have the experience but neither do we have the experience to cheat or be corrupt. PR has proven that a clean govt can outperform corrupt govts. Voters of Tenang should choose PR that offers a better future not only for you but for your children.

PR is the better choice because we embrace the future. We embrace the future by embracing each & every one of you whether Malays, Indians, Chinese, Kadazans and Ibans as Malaysian brothers & sisters, Malaysian sons & daughters. Let us grow together, learn together & enjoy the success together.

the  above was taken from the facebook of leong yo9k kong. this was what he had to say:

…Don’t recall reading this in the STAR. They will not publish this news.

Since the mainstream media is banned from publishing such news by the govt, please do a bit of national service by forwarding this report to your contacts on the net & ask them to repeat the process.

Just imagine the exponential power of disseminating news in this manner. If one person sends out this message to 10 of his contacts & each of the 10 contacts in turn repeats this process of spreading the word around, by the 7th level, 1 million readers would have received the same message.

This is one simple & powerful way where we can spread the censored message to the rakyat to bring about a change of govt for the good of the country.

yes, no doubt, as a true blood loyal penangite, i’m proud but there is something there in the CM’s speech that i don’t agree with.

where the CM said they (pg govt) had wiped off hardcore poverty. how can they said that when they haven’t even survey ALL, ALL mind you, of those who are poor in penang. they said that (if i’m not wrong) only based on the poor who had registered with the govt, who earned less than RM500, where the govt top it up to at least RM500 but what about all the poor who have not registered with the govt. there are lots i tell you!

i’m involve in one of our church’s organisation, st vincent de paul society, a society that helps the poor people staying within their churches vicinity.  5 churches in penang island and 2 churches in the mainland. these 7 churches have poor people as their ‘adoptees’ (adopt them and gave them cash and ration regularly, also help in other ways e.g. children’s education, medical, etc).  i know there are some families that are really poor. so it isn’t true that penang has wiped off hardcore poverty. and what about beggars on the road? if there are still beggars in penang, i don’t think it is right to say hardcore poverty had been wiped off (though i understand some beggars are not poor at all, or some beggars are from syndicates).

One Response to "penang (my penang!) – champion in investments!"