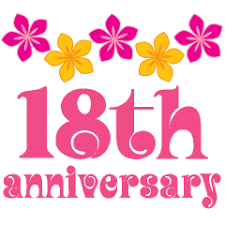 the last time i wrote something was 2018. so what happened to 2019? maybe i forgot… or something's wrong with my blog. for 2020 i remember will it was something wrong with my blog – cannot do any post. this year too, at first i was shocked when my bog was not working when my domain name has not been renewed. luckily it was still in time to renew when my domain host, friend, jonathan, renewed for me. i told him that even though my blog is inactive but i still want to renew. i don't want to lose my domain name and i don't want to lose all contents in my blog. so he said he will set auto-renew for me then. ok, good lah… earlier should have start auto-renew too so that i won't keep worrying (forgot to renew).

my blog started as a socio political blog but in between i had some personal blogs too. then i guess as the years moved on, my socio political post decreased and personal post increased! in keeping it personal, i want to make it like my diary – but of course not to blog everyday or even very often but rather to blog on important events/incidents/happenings in my life. however i had neglected very much to update my blog (personal or no persona). i think ever since 2014 or 2105, i had become very very inactive and hardly post. much had been happening during those years of 2014 to now, which i do like to blog on but didn't (no time or no interest).

i notice that from sept 2013 to jan. 2014, i have not blog anythng at all – and that was because sept 2013 was the month my sister passed away (after about 14 months of suffering from cancer). did wnat to blog about her demise but again kept putting off. this is one of the several significant events that happened in my life that i wanted to blog about but didn't.

the other significant events were like when my mother had a stroke in 2017 and when she passed on, just this year. also the time when i sold off my honda chaly and bought a new bike, my sabah holidays, and with covid19 pandemic here, i lost my job, sitting around shaking legs for 4 months until i found a job. all these i consider significant events which i like to blog on, which means i like to have them on record… but i didn't. at least now i mentioned them.

anyway, personal blogs will not be popular at all… unless with very good friends but still friends these days don't like reading long winded 'stories' like how i always come up with. so guess now my blog is for myself only. how about going back to writing on socio-political issues? maybe, maybe not. now prefer to write on those issues on facebook, i.e. just post the news and with very short comment. if i post it here, i feel i have to say more and nowadays no energy to say a lot on what's happening in our country.

so i guess i'll just leave my blog as and when i feel like writing, i will. if not, *shrug* then so no need. will depend on my mood i guess.