i'm sure many of you are aware of the allah issue that is going on now…. the hoo-haa started (again!) after the chief miinister of penang in his christmas message call for the govt. to allow christians to use allah. there had been many reports here and there on who said what and so on. in malaysiakini, we read the best response from catholic bishop paul tan. one day i'll copy and paste a few of his response, which speaks so well of my sentiments. right now, i'm going to give you the latest article in malaysiakini. this was written after the fanatical and stupid NGO, perkasa, announced that the bible with the word allah should be burned. i'll deserve my comments later as right now, my intention is to let people read this from mohamad tajuddin 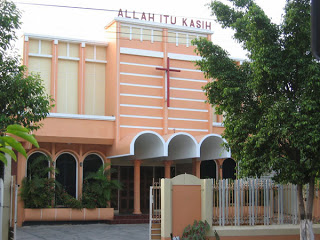 COMMENT I wish to comment on the irresponsible statement of Ibrahim Ali (purposely NOT using any titles) on the burning of Malay language Bibles with the name Allah. I think such statements, if left unchecked by the Malaysian public, elected representatives and especially, the prime minister himself, would create a culture of extreme violence and victimize many innocent Malaysians.

I urge peace loving and sensible Malaysian of all religious faiths to come together and denounce such ‘grandstanding statements’ that clearly violate our ‘sacred’ Rukunegara tenet of ‘Kesopanan dan Kesusilaan’.

Our forefathers have worked hard to build this nation of diverse communities, race and religions and derive the principle of ‘Kesopanan dan Kesusilaan’. I am convinced, as a Malaysian, as an academic and as a Muslim, that the May 13 tragedy that saw many innocent lives lost was not due to the ignorance of ordinary Malaysians but by politicians trying to be popular by using such fiery instructions in order to incite racial hatred.

I have read the book ‘A Singapore Story’ and some other critical writings that indicate that the culprits of our racial mistrusts and clashes were in no small part due to self-serving politicians and a media which has no sense of honour whether in the Islamic spirit or in any religious spirit.

Have we Malaysians, and especially Malays, forgotten our own principle in the Rukunegara, crafted in our own Melayu Language. Kesopanan dan Kesusilaan. As good am I with English I can’t translate properly the word ‘kesusilaan’. The word, and I am not a scholar in Lingusitics, connotes to me such softness, tact and, politeness, concern and humility. Is there a better word than this to reflect such a great culture of the Malays?

I dare say that the Prophet Muhammad, if Allah had not intended for him to be born in Arabia, would have been a Malay. Why? Because the Prophet was the softest and most humble, polite and considerate of men.

I have read through over 20,000 hadiths from the compilations of Bukhari, Muslim, Abu Daud, Tirmidhi and Ibn Madjah along with the Muwatta and the Sirah Ibn Ishaq to conjure up a man which a hadith says that the Prophet was so ‘shy’ and gentle that even a small slave girl can lead him.

This characteristic of gentleness is totally unheard off in the boisterous, rowdy and all man’s world of the Arabs. When the Prophet Muhammad stood on the fields of Ta’if with a bloodied and scarred body after being stoned by children and adults of the settlement, he still forbade the Angel Jibrail from taking any retribution and destroy the community. Why? For ‘I am sent as a Mercy to mankind’ said the Prophet.

When Aishah asked him ‘What was your greatest fear, O Rasulullah?’ He replied that he feared of giving in to his feeling of vengeance and destroying the community with a single command. The Prophet did not fear death or bodily harm. He feared giving in to his ego and vengeful feeling that all humanity possess.

Who are we Malays then?

I, therefore ask, who are we Malays then? Are we better than the Prophet? Look at our examples. The mufti and other higher authorities have INSTRUCTED, ORDERED and DECREED that non-Muslims MUST NOT use the word Allah. The PAS Syura Council that has all the so-called great Islamic scholars went round and round their wordings until settling on almost the same tone of instruction, order and decree.

Now we have the person of Ibrahim Ali calling on the burning of the Bible or the Injil. Unless I am mistaken, Allah called on all Muslims to honour the Books of Allah in the past and its PEOPLES. Yes… yes…we can argue about what book and which Bible that have been ‘tampered’ with and all that stuff but I have read the Bible in English and I, for one, found many enlightening things that Nabi Isa says that has helped me get closer to Allah The Most High.

I think I am honouring what the Qur’an says in Surah Al-Baqara to believe in the Books. I also read other books of our great religions that have given the first idea of humaneness to human civilisation.

The whole Allah issue to me was handled as badly as it can be handled. Why? It is simply an instrument of political influence. If the so called scholars and politicians of Islam were sincerely concerned about such confusion on the Malay usage of the word Allah, there should have been a courteous call for discussion with our brothers and sisters of the Christian faith. Not instruct, order and decree first… and… then call for discussion.

What discussion? It seems that the decision has already been chiselled into stone. Where in heavens name is the Rukunegara? Kesopanan dan Kesusilaan?

Ibrahim Ali has called for the burning of the Bible. What next? Let us Malays go burn a church at 4 pm next week? Oh… while we’re at it why don’t we burn a few Christians… if we have time!

What talk is this? What country is this? Have we forgotten the decency to discuss cordially. “This is an Islamic Country and I am a Malay and so you better do as I say!” Is that the line we are taking now as Malays? Perhaps that is a Malay cultural trait… I do not know. But I DO KNOW it is NOT what the Prophet would say or do. It is NOT within the Islamic Spirit as shown by the Prophet Muhammad (may peace be upon him).

I can quote pages and pages of hadith showing the generosity and magnanimity of Muhammad Rasulullah. I can’t seem to find any of the same characteristics in Malay politicians in Malaysia.

My wife and I have raised five children and now we have a grandson. I am sure all Christian parents and Muslim parents are concerned about where this country is going and would it be safe to be a place to stay. Just because I am a Malay, with a million-strong mostly Malay civil service, and an equal number of police and military personnel of my race does not give me the right to frighten my brothers and sisters of the Christian faith… or any other faith for that matter.

So, before such volatile statement turn into regrettable actions, I call upon the last strand of decency from the politicians of the ruling party, and especially the prime minister, to denounce Ibrahim Ali and his war-mongering words. Or else, we would have to change our Rukunegara from ‘Kesopanan dan Kesusilaan’ to ‘Kekasaran dan Kegila-gilaan’.