You are here: Home › Double standard › it’s 2malaysia, not 1malaysia 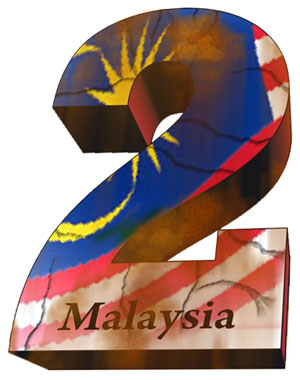 ok if i want to start blogging, what should i start blogging about? ah! i know. my favourite subject… on bolehland's double standard. last time when i was active blogging, i had made a number of posts to do with double standard. it was not that i really wanted to but then, because of the government/authorities doing that made me want to. so many times we came across the doubles standard or hypocrisy of our bolehland, malaysia. there were so much to post that touch on double standard, so much so that i had created a catergory known as 'double standard'.

anyhow i would like to just point out one particular incident – the taman medan cross incident. yes, until now, nobody were charged. compare to the recent anti GST protest, so many people were hauled up and some were charged. this is real doubles standard from the police. browse through 2malaysia facebook and you'll see some links here and there.