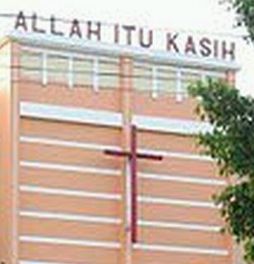 MCA is nothing to umno in BN. neither is gerakan or MIC. BN is umno. umno is BN. umno is boss. umno calls all the shot.

the latest incident refers – when MCA joins DAP to request the home ministry to quash the ‘allah’ word ban. The next day, the DPM came out to give MCA a piece of his mind when he warned them  over its appeal for the government to rescind the ban on non-muslims use of the word  ‘allah’.  immediately after the warning, the big boss of MCA, chua, suddenly came out to say MCA does not share the same stand with DAP on the call to lift the ban on the use of  ‘allah’ by non-Muslims.

what does this tells you??  you know and i know.  i already said it right in the beginning anyway (oh. even at the heading itself).

oh gee… i had better not waste my time talking about an irrelevant coward party.

let’s talk a little about the ‘allah’ ban.  kerismuddin had said he regret his predecessor who set the ban on ‘allah’ (which made… well sort of give some courage… MCA to speak up to call for the govt. to rescind the ban).   he then later on flipped flopped and said his regret is his personal feeling and no way the govt. will retract the ‘allah’ appeal.  methink he got scared… after the DPM warning to MCA and especially after the minister of islamic affairs was so quick to come out to say  that the government should not rescind the ban on non-muslims from using the word  ‘allah’.

and all of them said the matter is in court now. let the court decide. all those people (meaning all except umno) shouldn’t talk/discuss about the ‘allah’ ban.  oh yeah let the court decide? the court had already decided! that the catholic church is allowed to use the word ‘allah’ but then the umno govt. wanted to appeal and we all know how the appeal court will work, don’t we.

malaysia really has no shame at all!! the only country where the muslim leaders want to copyright the word ‘allah’.  no shame… as through this action of theirs, they are telling people their (muslim) faith is so weak. in many muslim majority countries, the christians are allowed to use allah but in malaysia…… *big sigh*

ALLAH BELONGS TO EVERYONE, NOT TO MALAYSIAN MUSLIM ONLY!

ALLAH ITU KASIH! he who say allah belongs to him only, has no KASIH at all!!

One Response to "confirmed (again!) – MCA is umno’s running dog"