You are here: Home › announcement › remembering the cry of justice for teoh beng hock 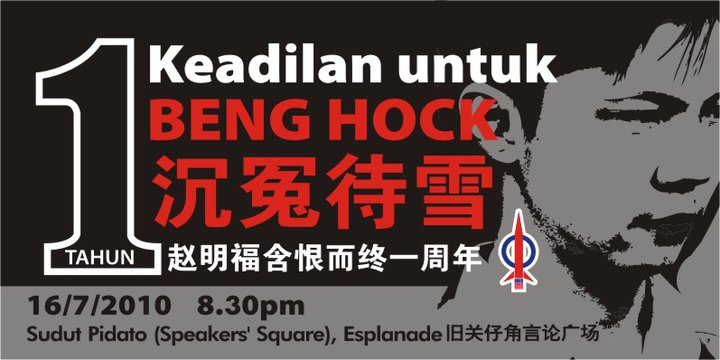 july 16 is the first anniversary of the death of teoh beng hock. all of us are still awaiting for justice for teoh beng hock (TBH).  it is more of the anger we feel, the justice we want that made us remember TBH. somebody was complaining why there is so much hype over TBH. what was so special about him. others too died tragically. why others not remembered but why TBH was remembered.  well, simple. it is because of the circumstances of his death that makes us want to see justice prevail. as the title of this post suggest – remembering that justice must be accorded to TBH, not merely remembering TBH.

he did not have to die. he was so young. he was going to get married soon. he was quized over a mere RM2000 (or was it RM200) so-called misappropriation of fund.  he was interrogate at strange late hours and long hours. he was found dead under the window of where he was interrogated. surely something’s fishy was going on. surely people want answers, want to know the truth, wants JUSTICE!! it’s all about JUSTICE more than about TBH.

to quote from a friend, anak merdeka, on facebook:

The image of Teoh Beng Hock lying sprawled, broken and dead at the foot of MACC bldg, a day before he was to get married, is powerfully seared into our consciousness. All the other victims who died unjustly under our corrupt system are no less tragically mourned, but in my mind, TBH’s image is hard to shake and remains…

so to you penangites, do come to the speakers square at the esplanade this friday to remind us that we should continue  crying for justice for TBH. 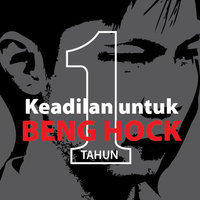 for those who are in KL, to commemorate TBH 1st anniversary, DAP youth is organising a ceramah – do attend. the details: