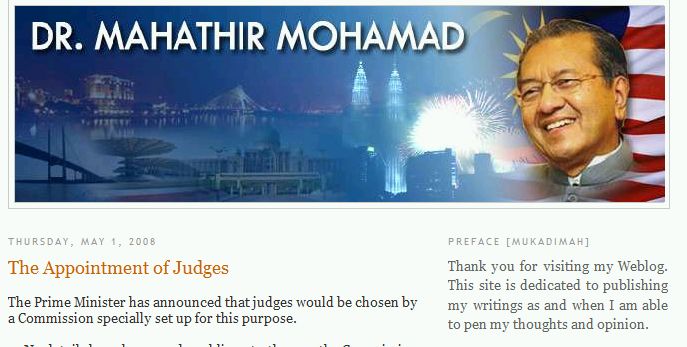 ‘enter mahathir, the blogger‘ so i read from Malaysiakini.

oh gee, so i see the ex PM now blogs… but when is he going to get on facebook? 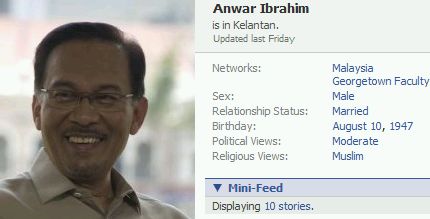 two famous names, lim kit siang and anwar ibrahim had been blogging for a long time and both are already on facebook. i have LKS as a friend in my facebook… and that is because when he himself 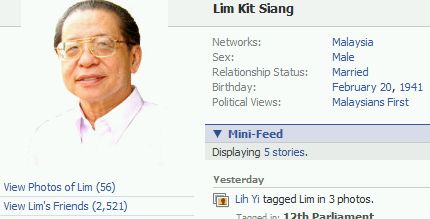 first started to get on facebook, he made an announcement that he is on and anyone can add him as a friend. he has over 1000 friends!

however the ex DPM has even more… over 4000 friends! no i did not add him as my friend…. well… because i’m still wary of him. 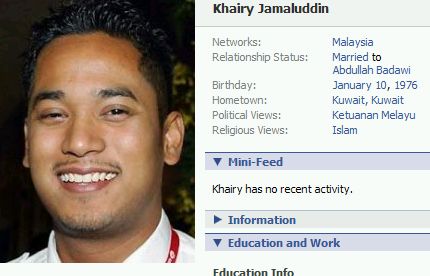 then about a month ago, suddenly i receive a notification from facebook that khairy wanted to add me as a friend! shocked! haha! so i asked him was it really him? did he really want to be my friend when i’m always critical of him? no response from him. 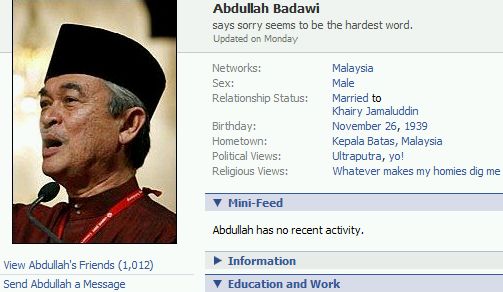 then about 3 weeks ago, i was surprised when it was the PM, badawi who wanted to add me as a friend. what? first khairy and now his father in law? is this a joke or what? never mind lah… i thought. if PM wanna be my friend, all the better.

oh ok… i’m not naive lah. yes i know the last 2 VIP, the father in law and son in law team, are not really them of course. just someone having fun at their expense.

coming back to dr m’s blog, as you can see his first post, is about the appointment of judges. hmm… i wonder will he use the blog to attack and criticise the PM, just like how he had been doing so, opening his mouth here and there at the media. let’s wait and see ah.