You are here: Home › malaysia › faces of the killer family 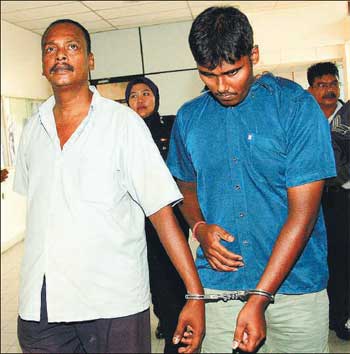 the father and son 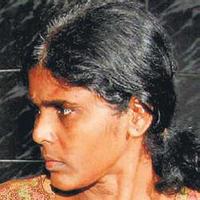 the mother
(both pics taken from NST) 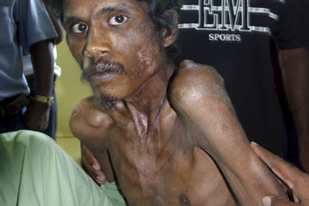 and the poor victim, r. ganesh, a migrant worker from india.
(taken from al jazeera english)

"They hit me with sticks, rubber hose and iron rods. I was also deprived of food and water. They chained my hands and legs before locking me up in a dark room in their house every night."

when i first read about how ganesh was tortured, after he was brought to the hospital by some villagers who found him abandoned in a jungle by these heartless family, i shed a silent tear. i was sad and disturbed. then 3 days later, suddenly i read that he was dead. what?? dead? oh my god! this is murder than. pure downright murder! then why were the family charged with manslaughter only and not murder? why only a possibility of 2 years term? they should be charged with murder and given jail term of 10 years or more!!! this may sound childish but i hope ganesh’s will return as a ghost to haunt them!!

if we want to explore this issue, of course we need to talk about cases of migrant workers coming to malaysia, how they will ‘imported’ in by agents, were they protected by malaysian laws and so on, and yes, i know there had been many cases of migrant workers abuse before and there might be many that went unreported. however right now, i’m too upset to talk about these. i just want to highlight/show to everyone the murderers’ faces!!

One Response to "faces of the killer family"