You are here: Home › general › in memory of johan 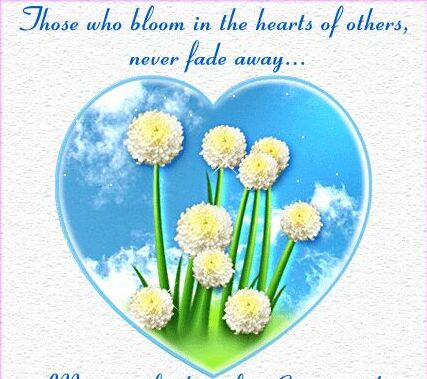 gone but not forgotten.

today is the 3rd anniversary of the death of johan ismail, one of the brightest, most interesting blogger i had ever came across. he blogs under the handle ‘joe’ and his blog’s name is ‘joe-blogs’. he was one of those who influence me to start blogging.
like the 2nd anniversary, i almost forgot this date, thinking it was 23 oct and had intended to blog about his 3rd anniversary on 23 oct. luckily now is still about 2 hours away from 18 oct. – the anniversary date, so i’m still in time.

well, i will not say much here but take some extract from my previous 2 anniversary posts.

what was so fascinating about joe that made me canâ€™t forget him? simple. he blog without fear or favour and is brutally honest and downright to the point, speaking up his mind. and for this, there were some who did not like his style of blogging, but majority of the people then love joe.

on this day, exactly a year ago, i.e. 18 oct. 2003, the malaysian blogosphere reeled into shock when they learned of the passing away of a great fellow blogger, johan ismail of joe-blogs. it was so sudden that many of us were totally shocked. on 17 oct. 2003 early morning, he was still blogging (on the OIC subject). on 18 oct. 2003 morning, when i was online and, as usual, went to jeff ooiâ€™s blog, i was suddenly greeted by this shocking news. i had blog about it here on the day itself and here a week later after that fateful day. and you can read about it in jeffâ€™s blog here and here, too where youâ€™ll see so many comments from readers who had so much good words about joe.

also please read a blog lone started to post joe’s posts known as ‘joe blogs gems‘. unfortunately i only have a few of his posts there. it’s a pity all his posts at his blog were not archived.

for as long as i keep on blogging, i will never forget joe @ johan ismail, and i’m sure that is the same with many others ‘old’ (as oppose to new!) bloggers like me – as the card above says – joe bloom in the hearts of others, thus his memories never fade.