You are here: Home › general › ANGRY RANTING!! bersih and EO6/PSM6!

people! you just have to kick BN out come the next general election! let UMNO fall! the PM and HM must resigned!! it’s so di 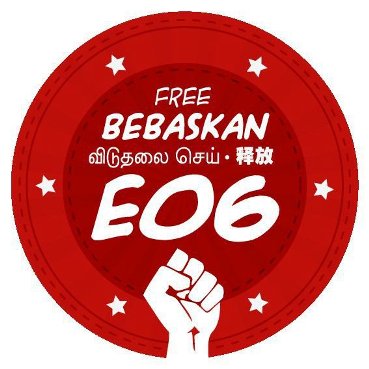 sgusting and to the horror of many what they did recently.  how they clamped down on the bersih rally, what happened during the bersih rally – and the worst of all – when they detained the six PSM members under EO!!

what a load of utter rubbish the reasons the HM and police gave for detaining them! waging war against the king…. promoting communism…. prime movers of bersih.  i get angry and yet i want to laugh. i  laugh but i  don’t feel good. in fact i feel more angry, especially when one of my favourite MP was the one detained – dr jeyakumar. dr kumar who had been hailed by some (well ok maybe by me only) as ‘saint’ to the poor and marginalised, dr kumar, the activist doctor that many people love.

people are getting angry! people are waiting for general election to kick hard the ass of BN! it was all due to their (BN/UMNO) doing that made people angry.  look at what they did prior to 9 july to anyone or anything to do with bersih.  the more silly things they did, the more angry people get.  one of my friend who was never interested in politics or anything to do with the government, after seeing with horror, what the govt. did to berish (before and during), vow never ever to vote for BN.

if only the govt let the bersih rally go on peacefully, berish wouldn’t be so much in the news – international news too.

i find it silly that the police did not allowed bersih to march and yet they close so many roads in the city. with the roads closed, how else can the people go to the stadium or istana, except to walk? so in a way, they were the one who forced the bersih supporters to march!! if the roads were not closed, people can still drive near to the venue or take bus/train near to the venue, thus there won’t be big crowd marching no the road. but oh no, the police and the govt just had to be so bodoh-bodoh (stupid) to cause the supporters to march and to make people getting angrier and angrier! 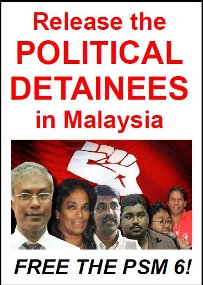 oh yeah don’t forget – another silly thing they (govt) did that made the anger rise further in people – deporting the french laywer.   for sure, everybody know the reason is because they fear what the lawyer will reveal.  see, silly again.  then of course by doing so too, the news goes international… if not, it won’t go international. see, how silly they are!! their silly actions made them so bodoh, which made the public so angry!

right now i’m very angry at the detention of the PSM 6. yesterday attended the forum on ‘bersih 2.0 clampdown: EO – another ISA?’ and heard from the speakers and participants (who spoke up during Q&A).  the turnout was very good. the hall was packed until suaram had to bring in extra chairs. what does this tell? goes to show that many people are angry too at the EO detention of the PSM 6! we all know the reason/s for keeping the PSM6 in detention doesn’t hold water at all. we all know it’s political.  we all want to see them release immediately. many people are supporting them. everyday, there are candle-light vigils held at bukit aman, KL. in penang, there were two already… and last night, one was suddenly called too when we all heard about dr kumar going on a hunger strike.

well, on this saturday, there will be one event in penang too – shave your head to show your support! (see picture right below).  8.00am at bayan baru market. if you don’t feel like you want to look like telly savalas (of kojak fame) or yul bryner (old stars during my era. oops! this is telling of my age), you

can attend too since there will be other activities.  unfortunately i can’t attend as i’ll be going for st anne’s feast. well depending on transport, if i go late, then i can drop in to see before going to the feast. you know what, i personally don’t mind shaving my head bald… for a very good cause. well if i know one of the PSM6 personally, for sure, i don’t mind to go botak. lol. really lah. after all, my hair grows fast and it will be fashionable to try on different head scarves/caps.

oh and i’m glad to note that PSM and some NGOs in KL will be having a 12 hrs vigil this saturday. syabas!

speaking of st anne’s feast, this year, our office will be having a booth there to do evengelisation. under the penang office of human development (POHD), among others,  we will be collecting signatures for the petition for the release of the PSM6. if you are there, do come to our booth ya. i’ll be pushing hard for this  since i’m  very angry at their detention. for no reasons at all they are languishing in small cells in solitary confinement and who knows subject to torture, deny their basic human rights. oh just remember at the forum on thursday, one of the speaker said that the cell is only 10 feet by 7 feet and there is no window at all and nothing else except one light.  every night you go to sleep on your comfortable soft bed in your air-con room, think of them!! think of them! they do NOT deserve to be detained there under the EO! what the %@#*!(!)^!$* is the police and our govt doing detaining them???  charge them in court if the govt. feel these people were doing wrong. stupid idiot bl***y police/govt. are blooming cowards!  they dare not charge them. they know they have nothing against them so they use the EO – another form of ISA. ABOLISH EO! ABOLISH ISA! ABOLISH BN!!!!!!