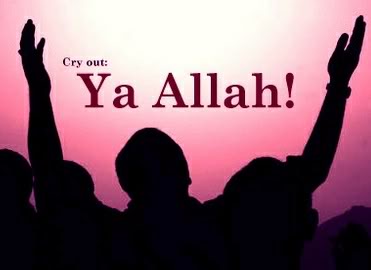 with reference to my earlier post about the home ministry flip flopping on the permit of the herald, i would like to share this interesting letter from malaysiakini... written by a muslim. he expressed exactly what i had wanted to express regarding the home ministry flip flop and it  banning the herald from using the word ‘allah’ . do read it at malaysiakini too for the comments..

btw, i also read that the malaysian communications and multimedia commission (MCMC)  is probing 71 cases of internet abuse, for so called insulting islam. woo… why don’t they investigate the home ministry for insulting islam then?? oh this also brings to mind why ah they so hard-working to investigate or charge people or website for insulting islam? why we never heard of investigation on insulting hinduism, christianity, etc?  as i have asked before numerous times – is islam so easily insulted? isn’t it the action of the gov’t.  concentrating on ‘islam being insulted’ telling us they have no faith in their own religion!! ok lah, let a. rahman speak to you now….

I refer to the Malaysiakini report Catholic paper in ‘Allah’ row gets new permit.The initial report stated that the publication permit had been revoked on Nov 12 but then a few days later, on Nov 15, we were told that the revocation order had been rescinded and the excuse by the Home Ministry official was that of ‘mis-communication’.

Next we get another dose of excuses from the Home Ministry official which states that ‘We only rejected their application to publish in the Kadazandusun language.’

As a citizen of this country and speaking from a citizen’s perspective, I feel that the competency of the officials in the Home Ministry is questionable. The reason given to justify their revoking/ rescinding of the permit is very weak and at the same time on the lighter side, is laughable.

On a more serious note, it shows the incompetency of the Home Ministry officials in dealing with these cases. First, the ‘Herald’ is involved in a lawsuit with the government on the use of the word ‘Allah’ which the government claims can mislead Muslims.

There was never a statement by the Home Ministry officials that they did not revoke the permit of the publication. So, it is clear that an earlier instruction to revoke the permit was given and we are told it is due to a ‘mis-communication’.

Second, I am not clear exactly to what this ‘misleading’ is all about. Maybe the government thinks that Muslims can become apostates due to being ‘misled’ which is clearly an insult to Muslims in the first place. Looks likes we Muslims cannot differentiate and that we need the government to do something for us in order not to be ‘misled’.

Is our ‘akidah’ so weak that we need the government to intervene so that we don’t get ‘misled’ and become apostates? What nonsense.

If in another country Muslim publications are not allowed to be published in their mother tongue languages by government prohibition, would we as Muslims accept that kind of decision and be expected to keep quiet ? Is this not violating Muslims’ freedom of religious practise there?

Though we are the majority in Malaysia, we, as Muslims, should not practice this form of ‘religious indifference’, as I call it. Where is our sense of Islamic justice? Islam does not teach us this but the government departments such as the Home Ministry, ran by some ‘enlightened Muslims’ think that they are doing us Muslims a favour perhaps.

In the context of a citizen’s right, we are obstructing their religious freedom and denying them their right to read religious material in their own mother tongue. Are we being fair to the Kadazandusun people ?

Perhaps the rejection of the ‘Herald”s request to publish in Kadazandusun is another ‘mis-communication’ again by the Home Ministry? If not, it looks like our government talks about justice, fairness and a ‘1Malaysia’ but when it comes to actual practise, we are far from it.

It puts Islam in a bad light, which is the worst part of it and hurts me the most. As a Muslim, I don’t agree with the Home Ministry’s decision. It is both an insult to Muslims and violation of others’ religious rights.