You are here: Home › government › operation lallang 2 coming up… ?

UPDATED:  sin chew reporter arrested under ISA!! good god!! what’s happening to our country? why the reporter and not ahmad ismail? :mad

3 newspapers issued with show cause letters.

is this a sign of operation lallang 2 looming ahead?

first get someone to made noises, incite racial sentiments. then everybody went into frenzy (naturally). the government then screamed "stop everyone! stop raising sensitive issues touching on race and religion. stop before this get out of hand.", forgetting to scream at the first person who started it in the first place.

using the excuse of things ARE getting out of hand, the government started arresting one person under ISA. and gave warning to others too. then later… who knows others might be rounded up under ISA too.

it really puzzled me how can they said RPK is a threat to security, peace and order, thus arrested under ISA, when the one person who did that so blatantly (and he seem so proud of it!), is none other than yes, umnoputera AHMAD ISLMAIL – the ah-mad in-sane one.

the answer is of course – DOUBLE STANDARD!!!  😡 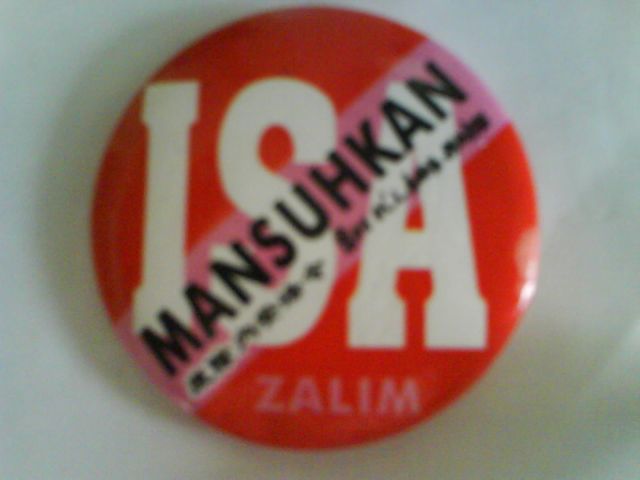 anyway, having said that, like a few other bloggers and some NGO, i don’t agree on arresting ANYONE (ok include that insane umnoputera) under ISA. ISA is a dracornian law and ought to be abolished.  ah-mad should be charged and brought to court!

in the same malaysiakini article, it also mentioned 3 newspapers had been issued with show cause letters… one of them is the chinese daily, sin chew. sin chew, if you remember is the only paper that reported on ah-mad’s racist statement during the permatang pauh by-election. we know how that insane guy accused sin chew of lying and playing up racial sentiments.

so what?? DOUBLE STANDARD again!!  :mad

nathaniel tan asked "if a public figure says something seditious and a newspaper report it , the government goes after….. the newspaper???"

if any newspaper that need to get the show cause letter, it should be UTUSAN MALAYSIA! utusan malaysia had been known so much to incite racial/religious sentiments (for example latest one regarding the accusation of seputeh MP teresa kok calling for doing away with the azan loudspeaker). why didn’t utusan malaysia get the show cause letter but instead a chinese paper and an opposition paper get them?

SUCH BLATANT DOUBLE STANDARD PRACTISE BY OUR GOVERNMENT!!

6 Responses to "operation lallang 2 coming up… ?"