You are here: Home › CnP › Malays are still ruled by colonialists called “Umno” 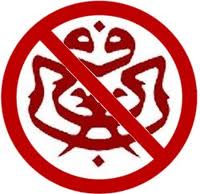 erkasa, described by DAP supremo Lim Kit Siang as an outsource of Umno’s extremist demands, recently declared that for the Malays it would be “Better ruled than walked over” (The Malaysian Insider).

Its president Ibrahim Ali said that the “Malays would be better off living under colonial rule if Article 153 of the Federal Constitution which safeguards the special position of Bumiputeras is brushed aside.

Firing a warning shot across the Najib administration’s bow on the night the PM unveiled the Government Transformation Programme (GTP) annual report, Ibrahim stressed that the national agenda must be driven by Article 153, rather than incorporate the clause in piecemeal fashion.

He urged the government to persist with pro-Bumiputera affirmative action as exemplified by the New Economic Policy (NEP) as “it was impossible for the community to catch up in just 20 years after being sidelined by colonial powers for more than 400 years”.

Ibrahim reiterated that Perkasa’s fight for “equitable distribution” of economic pie was grounded in worries for national stability, which he said would be threatened if Bumiputeras remained marginalised.

How could it be possible that after 55 years of Umno’s existence, 53 years of the country’s independence and 41 years of the NEP – and Bumiputras still remain marginalised?

Surely the patron of Perkasa, Dr Mahathir Mohamed, who was once crowned “The Father of all Racism” by Minister in the PM’s Department Nazri Aziz, will be able to enlighten Perkasa on this.

It has very much to do with the tragic irony that the Malays (and the whole nation) are still being “colonised” till this day by a colonialist power name “Umno” with the Colonial Master being Sir Najib Tun Razak.

The re-colonisation began in 1981 when Dr M donned the mantle of British supremacy and with his Executive supremacy even outdid the white colonial master in many ways during the 22 years that followed!

Dr M and his cohorts who once detested the oppressive laws of the British, brandished a gamut of harsh executive powers during his reign which were deeply and undeniably derivative of authoritarian colonialism.

Najib desperately continues this colonial tradition that he has inherited in order to survive. He waves and wields this power most unabashedly at his own race, especially those who can see through the colonialism of Umno!

Many laws left behind by the British were amended by Dr M and made even more draconian to contain, cripple and crush legitimate dissent by citizens and the Opposition. There were countless examples of this.

British “propaganda” was replaced by a powerful broadcast media owned by the Government (also read as Umno) and allied companies, and regulated by the Broadcasting Act, 1987, which gives the Information Minister vast powers of control and manipulation.

The Sedition Act (1948), a British law used to stifle Malay nationalists (especially those in UMNO, a party born two years before the Act came to be) was amended and made use of by Dr M for selective prosecution of political opponents and to protect UMNO. It is being used with greater frequency by Najib’s government!

The Internal Security Act (ISA) (1960), a relic of colonialism, meant to combat the then communists, was amended more than 20 times to make it more repressive than the original. Its powers were abused to protect the “security” of Umno. Known as ‘white terror’, the ISA was and is still used by Malaysians on Malaysians.

The Official Secrets Act (OSA) (1972) was based on the British OSA of 1911. Amended in 1986 to provide for mandatory jail sentences, Dr M used it to reinforce the cult of secrecy and to hide his many misdeeds. It resulted in self-censorship by the press.

The Police Act (1963) was amended in 1967, 1981 and 1987 to enhance the wide array of police powers, thus making the constitutional right of assembly absolutely “irrelevant”.

The late Tunku Abdul Rahman died a disillusioned man on seeing his Malaysia reduced to, in his very own words, “a Police State”. Till today the police continue to abuse their unbridled power and play politics.

The Special Branch, a creation of Britain in 1887, was meant as a response to Irish anarchist terrorism. It has been perfected by the Malaysian police to “trace”, threaten, torture and “turn over” political dissidents.

Reporting on the coming Sarawak elections, Sim Kwang Yang (former MP for Kuching) wrote that Special branch and Information department are eyes and ears of the BN!

Najib and his Umno-dominated government continue to employ every trick and treachery by Dr M during his 22 years as PM – “divide-and-rule”, purveying a “culture of fear” or creating a “siege mentality”, manipulating ethnic and religious fears, trotting out a bogey – which were all tools of British Colonialism.

No one has echoed this reality with such accuracy and bluntness than renegade artist Hishamuddin Rais  who declared on 7 Sept. 2010 that “the Malay mind has been ‘bonsified’ (shrunk and distorted, like a bonsai plant) by Umno’s political agenda in order to perpetuate the culture of fear against non-Malays.”

The former ISA detainee said that it is typical of Umno to play on racial fears to convince the public that they are the best option for Malays to remain at the forefront of social and economic development in Malaysia.

“This process that ‘bonsifies’, nullifies and stupefies (Malays) goes back to the British time. (Malays) are led by lazy leaders and lazy thinkers,” Hishamuddin said at a ‘Malays are muted too!’ forum.

The activist noted that Malays have been indoctrinated to fear new ideas and ‘ghosts’ of Chinese supremacy, to the point that the Malay public believe that the ‘ghosts’ are real threats to their existence.

Hishamuddin claimed that just like the colonial British in Malaya, Umno realises that a liberated Malay mind is a threat to their existence, hence the ruling party’s efforts to stop the liberalisation of the Malay mindset.

He alleged that Umno would never agree to free the Malay mind as it is all about maintaining the ruling party’s power and control over Malaysia’s wealth.

Hishamuddin stressed that the ruling government is simply working on the premise of “manufactured consent”‘, where it employs public institutions such as the Malayan Sultanate to force people to agree with whatever opinions or policies it makes.

He said that it has perpetuated the culture of ‘lazy thinkers’ among Malays, where the best minds end up being unwilling or unable to contribute to the community’s advancement.

Hishamuddin stressed that it is unfortunate that the best Malay minds have been left out of the nation’s education system, to make way for ‘half-educated’ Malays who are bent on maintaining the status quo.

Another Malay who is free from “Umno’s colonialism” is CIMB group CEO Nazir Abdul Razak who had in August 2010 described the NEP as having been bastardised by deviating from its original purpose.

He declared that the NEP has come a long way from the social engineering experiment originally aimed at eradicating poverty and that it has appeared to enrich small pockets of people.

“Now we need to address what kind of affirmative action we want to have. It is so infused in everything. But we will one day need to confront it one way or another.”

He also advised his audience to ignore extremist groups and not to waste time engaging with the “few noisy people in the corner do not make up the majority or represent the majority”. Was he referring to Perkasa?

Alas, the Malays of today who are still marginalised have to follow good and brave examples like Hishamuddin Rais and Nazir Abdul Razak and free themselves from the devious and oppressive colonial ways of Umno and its agents like Ibrahim Ali.